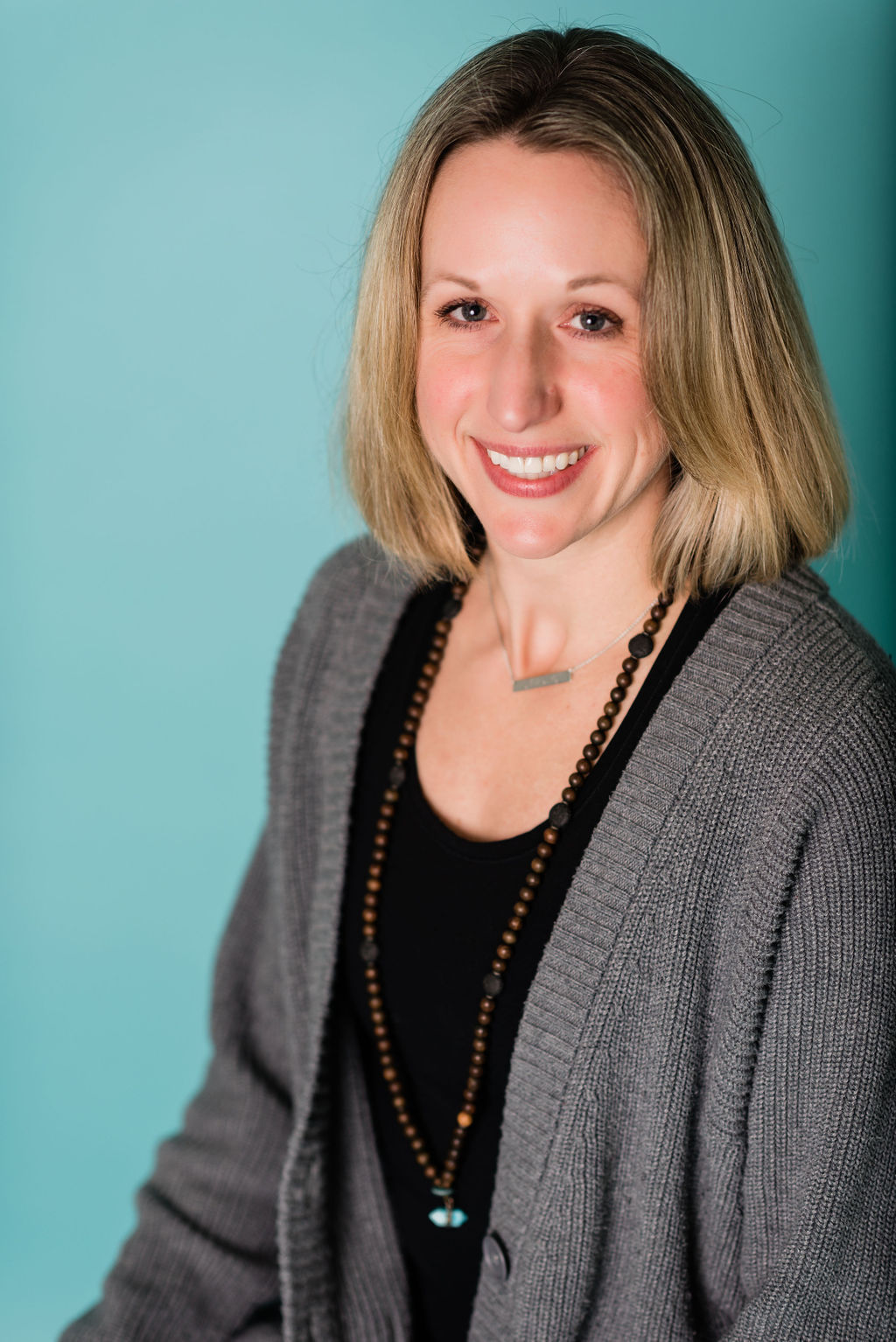 Erin Leach earned her B.S. in Elementary and Early Childhood Education from Towson University in 2003, followed by her M.Ed. in School Counseling from Loyola University Maryland in 2008. After completing post-graduate coursework focusing on behavioral intervention and child and family therapy, Erin became a Licensed Professional Counselor in the state of Maryland and has been in private practice since 2011. A longtime yoga and mindfulness practitioner, Erin first became aware of the benefits of mindfulness-based therapeutic approaches in her work as an elementary school counselor. This inspired her to earn her 500-hour Registered Yoga Teacher and 95-hour Registered Children’s Yoga Teacher certifications, equipping her with the knowledge and skills to seamlessly integrate yoga and mindfulness into her counseling practice. Erin currently works with children and adults and specializes in ADHD, Autism Spectrum Disorder, Anxiety, Depression, and Adjustment Disorders. In addition to her work in private practice, Erin is an adjunct faculty member in the School of Education at Loyola University Maryland, where she developed and now teaches courses related to the intersection of mindfulness and school counseling. She is also the co-founder of Point of Light, a nonprofit organization whose mission is to increase access to yoga and mindfulness for underserved populations.